City of Cape Town traffic officers have recovered 12 Firearms after a high speed chase along Postdam Road in the Table View area.

She says they stopped the driver


of a white VW Polo.

Upon interviewing him, the officer noticed that he appeared nervous.

seat and the driver was asked to step out of the vehicle.

She says, "He sped off instead resulting in a high speed chase along Potsdam Road into the Dunoon taxi rank.

There, the driver jumped out of the vehicle with the bag and ran away.

During the chase, he threw the bag under a minibus.

Officers caught up with the suspect and recovered the bag, revealing 12 pistols with serial numbers filed off.

The 37-year-old was arrested and detained at Table View SAPS. 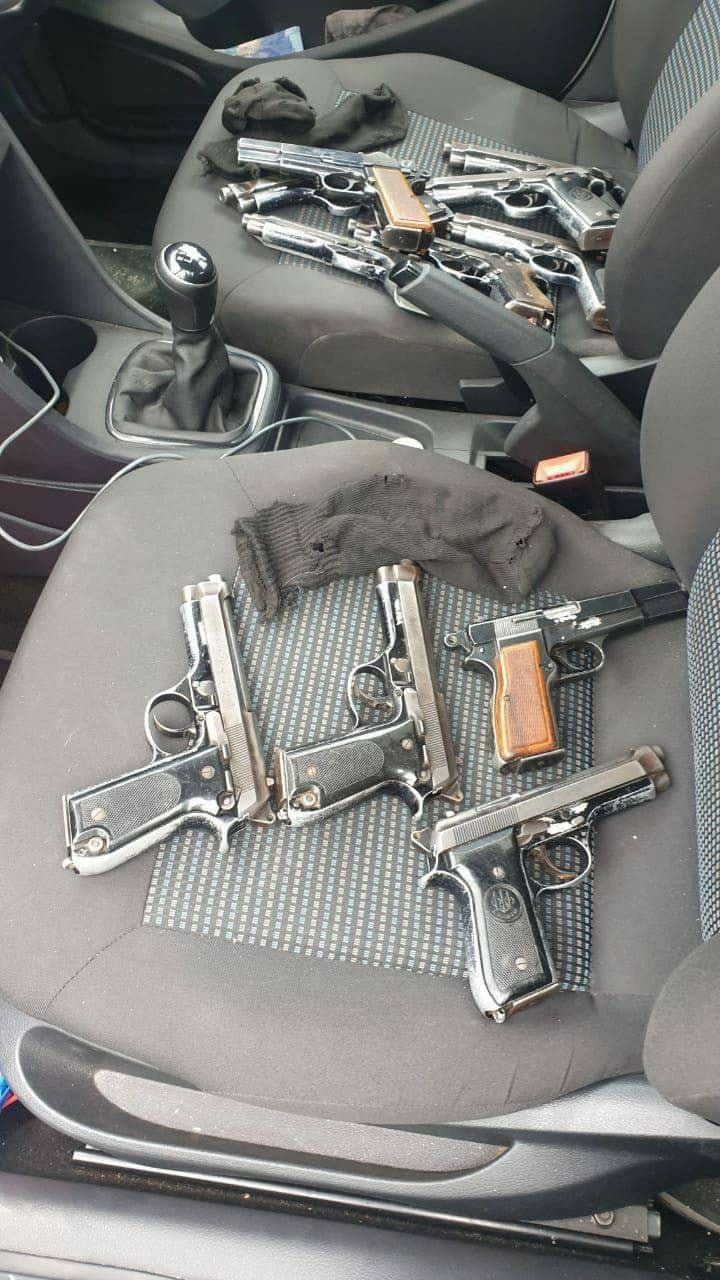