MEDIA STATEMENT by Liberty Fighters Network, 23 June 2020 The Minister of Cooperative Governance and Traditional Affairs, Dr. Nkosazana Dlamini Zuma, is adamant to defend Government against the Court's declaration of unconstitutionality and invalidity of the Lockdown Regulations.


her Application for Leave to Appeal in the High Court Gauteng Division Pretoria tomorrow, Wednesday 24 June 2020 at 10h00.

Trengove is generally known as one of the best advocates in the country having represented former President Nelson Mandela and even President Cyril Ramaphosa on occasions.

Although LFN respects Trengove as a well-known legal expert to many, it doesn't feel intimidated by this sudden move of Dlamini Zuma and have also pulled in the assistance of Advocate Reg Willis CS to represent LFN who is also known as a good fighter in Court.

De Beer will be appearing again in person as an ordinary citizen without any formal legal qualification.

to show the people on grassroots level that the people don't need the luxury of an expensive legal team to get justice in South Africa and that the Constitution remains the supreme law of the land.

LFN believes that Dlamini Zuma should make peace with the fact that her reign as the Lockdown dictator will come to an end very soon and will be remembered as the one in charge who has led Government during its 3 months of human rights violations and tyranny against the people. 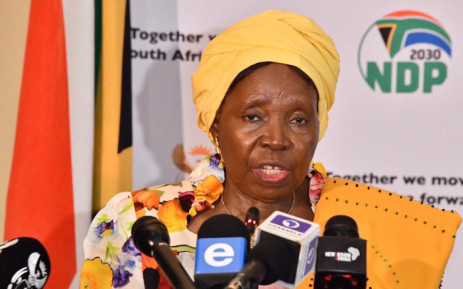