Final touches for SA Inauguration The Inter Ministerial Committee (IMC) on the ...

The Inter Ministerial Committee (IMC) on the state of readiness for the Presidential Inauguration says it is putting the final touches in place for the inauguration which is scheduled for 25 May 2019.

The IMC, which is


led by the Minister in the Presidency Nkosazana Dlamini-Zuma, held a briefing on Thursday to outline the final preparations for the inauguration.

For the first time in South African history, the inauguration will be held at Loftus Versfeld Stadium, instead of the traditional venue - the Union Buildings.

"We chose the stadium because it is more cost effective compared to using the Union Buildings, which carries high preparation costs in particular the preparation of the Nelson Mandela Amphitheatre. In line with

the government austerity measures. We were happy to go with the least costly option.

"The other reason for electing the stadium is for the inauguration to be as inclusive as possible by allowing the main events of the inauguration of the President-Elect to take place in one venue," said Dlamini-Zuma.

The inauguration will be held under the theme: "Together celebrating democracy: renewal and growth for a better South Africa."

On 22 May, Parliament will use the first sitting to swear-in members of the sixth parliament and to elect its presiding officers.

"Once the MPs are sworn-in, they will elect a President whose inauguration will be on Saturday the 25th of May where we will then inaugurate the country's sixth democratically elected President of the democratic republic as demanded by the Constitution," said Dlamini-Zuma.

The ceremony will coincide with Africa Day, which marks the establishment of the African Union formerly known as the OAU. Additionally, the inauguration also comes at a time when South Africa celebrates 25 years of Freedom.

All Heads of State and Governments of the Southern African Development Community (SADC) have been invited to witness this auspicious occasion.

Guests from the continental regional economic blocks, former liberation movements, fraternal countries, the African Union, United Nations, members of the Diplomatic corps and eminent persons and former Presidents of the Republic are expected to grace the inauguration.

Dlamini-Zuma said government limited the invitation to the Heads of State in line with its cost cutting measures.

"The cost of hosting the Presidential Inauguration at the stadium will be a R100 million less compared to what has been spent previously," said Dlamini-Zuma.

She said 4 500 guests have been invited from various sectors of society, including parliamentarians, the judiciary, ministers and deputy ministers, premiers, MECs and executive mayors.

The stadium will open from 3am in the morning. The programme will be co-directed by the Speaker of the fifth parliament Baleka Mbete, and the Deputy Secretary General of the majority party in Parliament, Jessie Duarte.

The official programme will kick off at 10:55am with the arrival of the President-Elect, followed by inter-faith prayers led by the Chaplain General.

Thereafter the President will take up position for the national salute.

After the rendition of the national anthem; the President will continue with his address to the Nation.

Accreditation and park and ride

All the walk-ins for general access to the stadium must be accredited through the accreditation service point at Afrikaans Hoër Seunskool, popularly known as Affies.

This accreditation point will open from 3am and will close at 7am and no one will be allowed into the venue without accreditation.

There will also be a park-and-ride for general access to the stadium from the Tshwane Events Centre to the accreditation centre. The shuttles will commence from 3am to 6:30am.

Dlamini-Zuma encouraged people to arrive at the park and ride early to avoid disappointment.

"Information pertaining to road closures is still being finalised as the security team continues to work with relevant stakeholders to minimise the impact on residents and the general public," said the Minister.

According to the IMC, all preparations for the event have made provision for people with disability.

"The host broadcaster, SABC, will have the South African Sign Language Interpretation on screen during the broadcast. We also will have sign language interpreters on stage.

"The stadium also has adequate ramp access for wheelchairs. In provinces, where live viewings will be taking place, all such arrangements will be put in place as well," said the Minister.

Members of the public attending the occasion are advised that alcohol or drugs, Firearms or weapons, bottles or cans are prohibited.

South Africans can also tune in to watch the inauguration at public viewing sites across the nine provinces.

Proceedings of the inauguration will be livestreamed on the government website: www.gov.zainauguration2019.

"More updates can be accessed through a special application that has been developed for the inauguration, details will be made available in due cause.

"Government would like to encourage all South Africans to be part of this momentous occasion in our country," said the Minister. - SAnews.gov.za 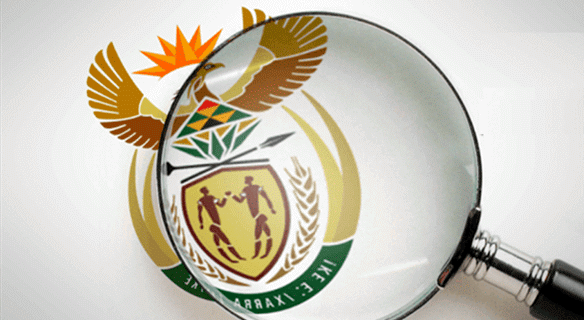