Statement by the Provincial Department of Health and Wellness HERO NURSE EMBODIES THE SPIRIT OF THE ...

Statement by the Provincial Department of Health and Wellness HERO NURSE EMBODIES THE SPIRIT OF THE ...

[Statement by the Provincial Department of Health and Wellness] HERO NURSE EMBODIES THE SPIRIT OF THE NURSING PROFESSION AHEAD OF NURSES DAY On the eve of International Nurses Day celebrated on 12 May, the heroism of what the uniform means, going beyond the call of duty to save a


life, was once again highlighted as Sr Diane Seale and her team managed to calm down a shooter and, in the process, ensured no more lives were lost.

The heroic action of a team at New Somerset Hospital embodies the real spirit of a dedicated, selfless nurse, true to the nursing pledge and serves as a reminder that our nurses, and all health care workers, will go beyond the call to ensure we are safe and cared for.

On Saturday evening, 7 May, Sr Diane Seale was busy with her routine handover process at New Somerset Hospital, when a call was received by a colleague in distress.

that there was an altercation on the second floor." Not knowing the extent of the traumatic event, she was about to face, Sr Seale told her colleague that she should carry on with her work while Sr Seale would attend to it.

"As I entered the second floor, I noticed a body on the floor in the corridor, but my eye caught the patient with the gun in his hand.

I proceeded to walk straight to him, made eye contact.

I walked towards him, and I hugged him.

I escorted him into the cubicle.

He told me to close the door.

That also afforded our staff to then attend to the policeman who had been shot.

I felt I could calm him down a bit.

Although I had noted two patients had been shot and were deceased, there were still two patients that were alive that I needed to save.

I kept him seated, standing in front of him, so that these patients were kept out of harm's way." Sr Seale shared how her focus and energy remained solely on the person.

I did not want to take my eyes off him.

I kept on telling him that we needed to talk.

I dealt with him as a person.

I wasn't focused on what he had done or might still do.

I asked him, What happened?' I reached out and touched him, and he allowed me to.

This gave me confidence and I knew that he trusted me.

He looked at me while my hands were still on his shoulders and said, "You are brave, you are the only one that has come in here." At this point, all I wanted to do was to keep him focused and calm.

Sr Seale recalls she asked him several times to put the gun down.

I took him to my chest, held him close and he again allowed me to hold him.

At least I knew there was this rapport was between us." During this exchange Sr Seale was first unaware that the tactical unit had arrived and were armed and ready outside the cubicle doors.

"My main goal was to isolate him away from other staff and patients.

He eventually agreed, and while remaining seated I moved to the cubicle doors and then became aware that the tactical team were outside.

I believed that I had some control over the situation.

There were some moments the perpetrator and I engaged in conversation, and I could even crack a joke.

If he spoke to me, I allowed him that opportunity, but I would always come back to the request to put the gun down.

During our exchanges I lifted his face and said, do you see this uniform, I am here to save life and limb.

Eventually he agreed for me sedate him.

Through it all, I sat with him, stroking his forehead until he was finally sedated.

At this point I could call the tactical team to subdue him.

When I walked out, everyone was there.

My team was there and safe.

This gave me that encouragement I needed to push on." Despite having just encountered this horrible experience, Sr Seale immediately engaged with her team and embarked on debriefing the nurses as well as patients.

"Through it all my main concern was that our patients were to be settled." Deputy Nursing Manager, Sr Basardien shares that one needs to realise that in this profession you don't get to 'close shop'.

"Our team not only had to endure the events of Saturday but needed to continue to provide the care and support to those they were serving, despite being in danger themselves as health care workers." The Premier of the Western Cape, Alan Winde, said: "The story of Sr.

Seale is one of leadership, bravery, compassion, teamwork and true humanity.

Her unwavering focus and attention on the suspected shooter ensured that countless lives were spared.

She and her entire team exemplify the Western Cape Government's values of being caring, competent, and responsive; and they are an example to us all." Premier Winde added: "After the incident, I had the opportunity to engage with this team who worked to ensure that services at New Somerset were not impacted, despite what had taken place.

I truly commend each member of the staff, under the leadership of Sr Seale, for having gone above and beyond the call of duty and truly upholding the hippocratic oath.

Their selfless actions embodies the ethics nurses across the province uphold every single day and we salute them." Minister of Health and Wellness in the Western Cape, Dr Nomafrench Mbombo, said: "Each and every healthcare worker, most importantly our nurses, the very individuals we are honouring on Nurses Day, have time and time again, illustrated their resilience, dedication and fearlessness in saving the lives of our patients and risking their own.

Their actions are perfectly illustrated by the heroic deed of Sr Seale and each and every healthcare worker at New Somerset Hospital, without hesitation, full of difficulties and challenges, they themselves were faced with, safeguarded the lives of all the other patients, at the facility.

This capitulates what "going beyond the call of their duty" mean.

We express our utmost gratitude to each and every healthcare worker that have been risking their lives during this pandemic and went beyond the call of duty, on a daily basis.

We honour the lives of those we've lost and to which end, we are forever thankful.

This in its very nature, is what the spirit of the nurses profession is all about." Professor Roger Dickerson, Head of the Emergency Centre clinical unit at NSH shares, "I think in any situation as horrific as the one our team faced on Saturday night, it comes down to people and the people itself are the people who responded to a calamity.

These people although horrified themselves, pulled together as a team not only to support each other, but to provide safety and provide excellence of care to the patients remaining, doing their utmost to remain calm, whilst their worlds were shattering around them.

To me it is evidence, not only of profound professionalism, dedication and the utmost of humanity but it is really indicative of the relationships of the staff of a small hospital, of all levels, that can pull together at a moment's notice in times of absolute terror and provide such amazing outcomes." "Sr Seale is a remarkable individual and that was before Saturday night.

And I have absolutely no doubt, that she saved lives on Saturday night, lives that would ordinarily have bene lostand really, it's a miracle." Beven Mashedi, Facilities manager for NSH, who was onsite to oversee law enforcement and security that evening shares how each staff member played their role in averting further crises.

"I must give credit to our management team, who put great effort and thought into developing and preparing our Major Incident Pla.

It has meant that when we were faced with the unthinkable, everything fell into place.

Sr Seale herself, did not see this person as a perpetrator, and I believe this too, made a difference in that he responded to her - she truly saved lives." The team are all in agreement that there are many unsung heroes: the EC staff that responded to the calls in the ward, and attending to the victims who needed care, the anaesthetic staff who assisted with the stabilisation, Disaster management, EMS, the hospitals porter who went over and above the call of duty to assist where needed.

"The whole system that pulled together.

We tend to focus on the obvious hero in these situations, and in the case of Diane Seale it is worthy.

The family at our hospital is a very different beast and we squabble like any family does, but when we have an outside threat, their is remarkable how this family pulls together," added Prof Dickerson.

Sr Seale reflects, "Prayers and God got us through this.

That is part and parcel of us and nurses, no matter how traumatic the event, when you are in that moment, you do what must be done.

Yes, it's something big, but it did not take 'Diane' alone, it took a team to bring this whole thing together." As we celebrate International Nurses Day on Thursday, 12 May, let this selfless action of the team at the hospital serve as a reminder that our nurses, and all health care workers, will go beyond the call to ensure we are safe and cared for; let us return the favour everyday! 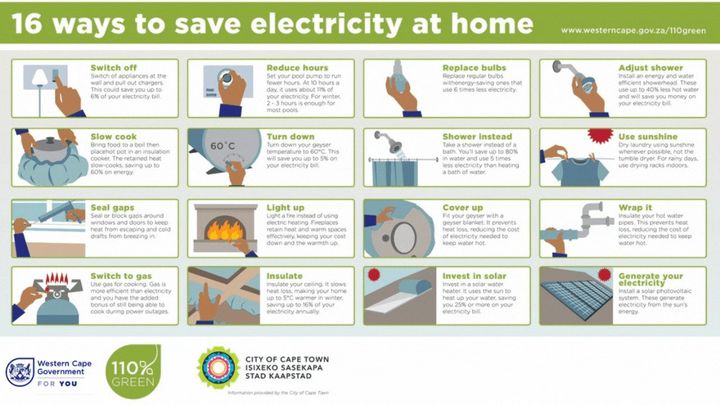 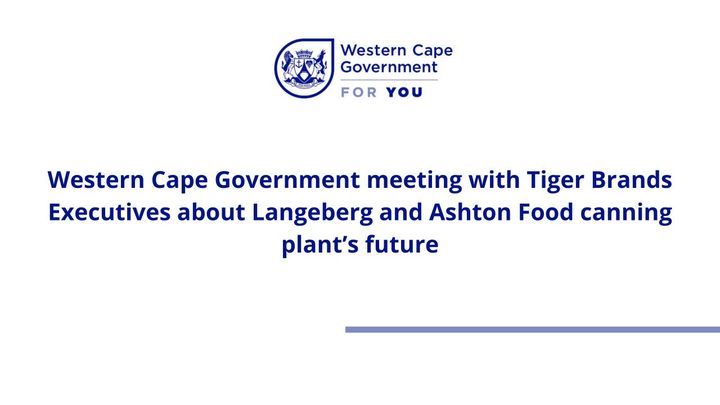 Statement: Premier Winde elated that all Covid-19 curbs have now been lifted 📢 Premier Alan Winde welcomes the move by Health... 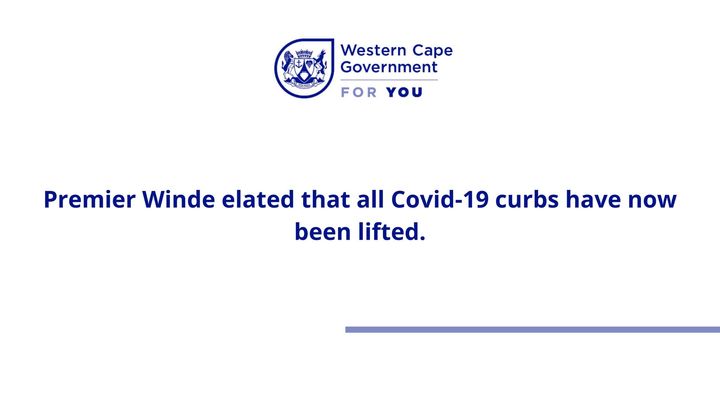 I am excited to join the Stormers in their upcoming URC victory parade, as they take their glory and trophy, to the streets of C...

Statement Premier Winde welcomes calling of PCC and emphasises that all remaining COVID-19 restrictions must be removed 📢 Pre... 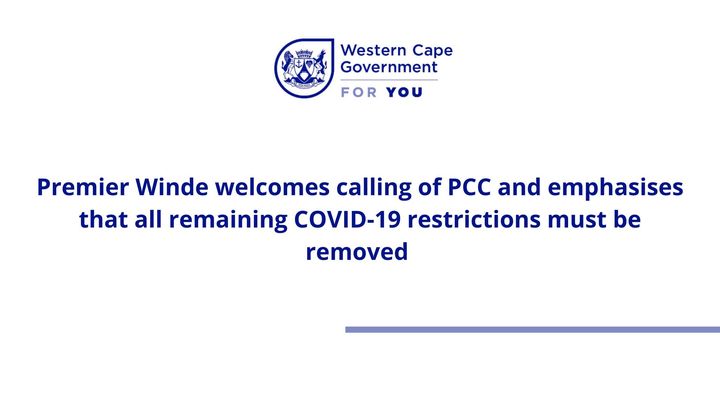 Statement: Premier Winde calls on young people who are out-of-the-box thinkers and risk-takers to start their own businesses thi... 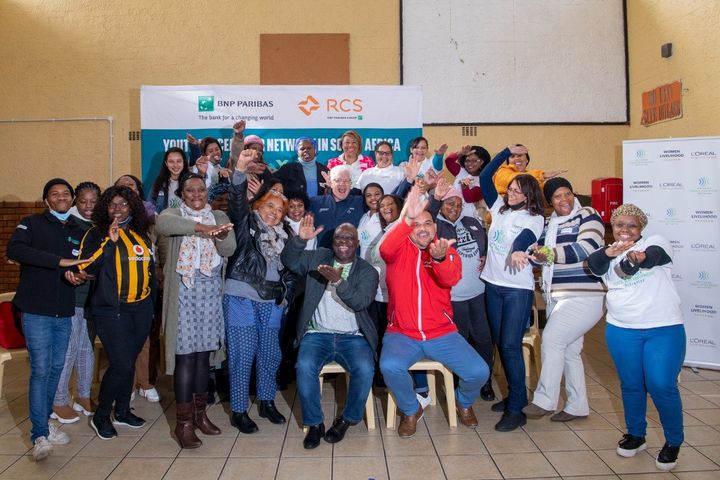 It was great to kick off YouthDay today by joining Heart FM for their 16DaysForYouth campaign at Rowland - N1 City where I had... 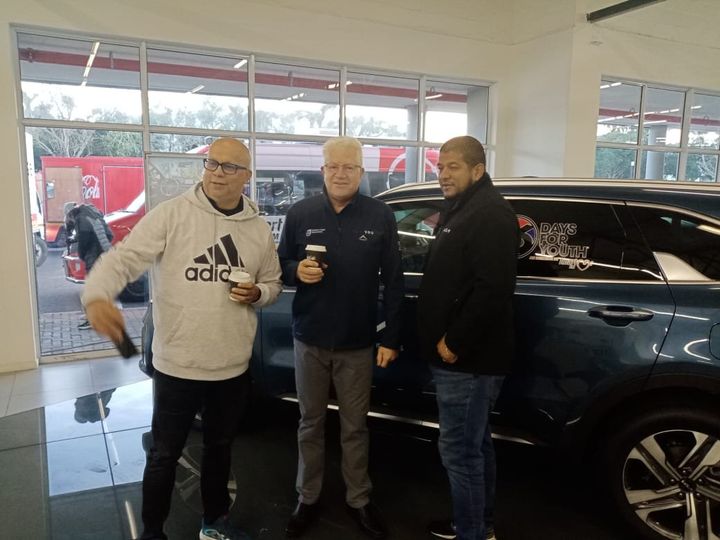 The Netball World Cup invites service providers to register on their database for provision of various services. Service provi... 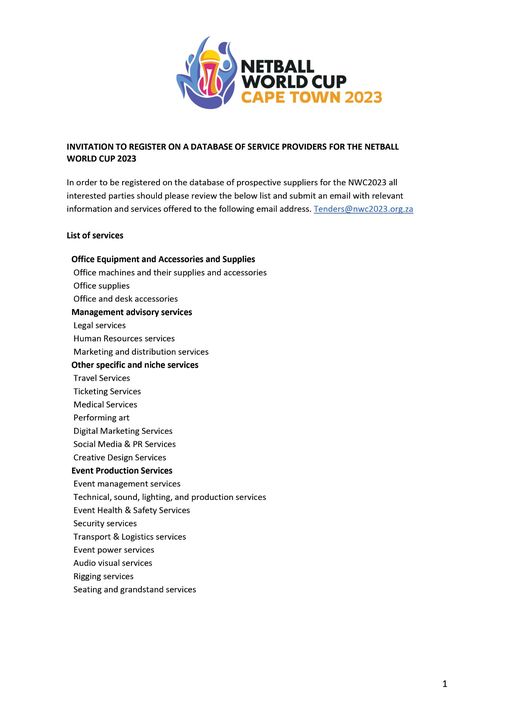 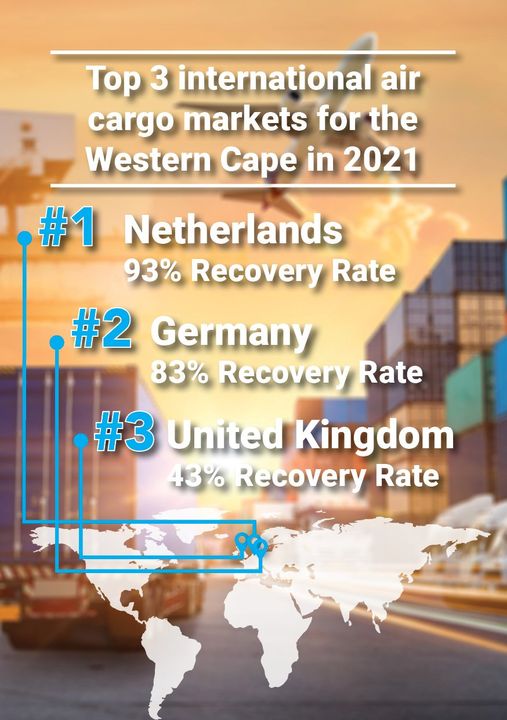 🖥️ It was great to join Marshall Nelson today for a panel discussion on 'Building the 4IR ecosystem in the Western Cape'. As ... 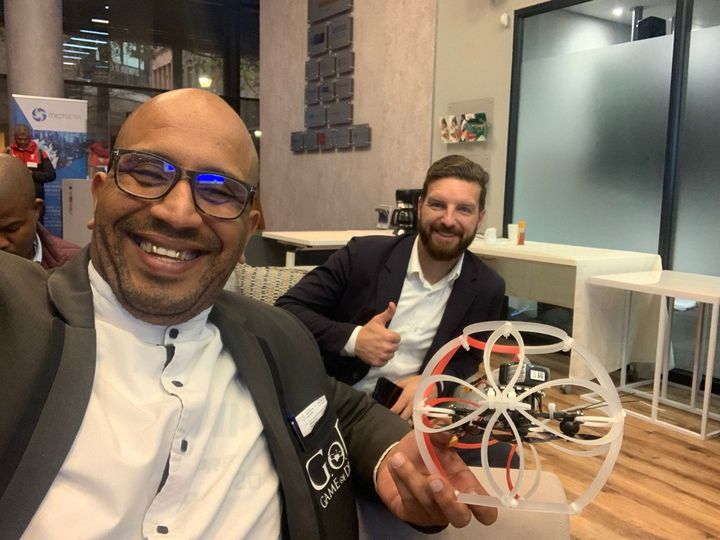 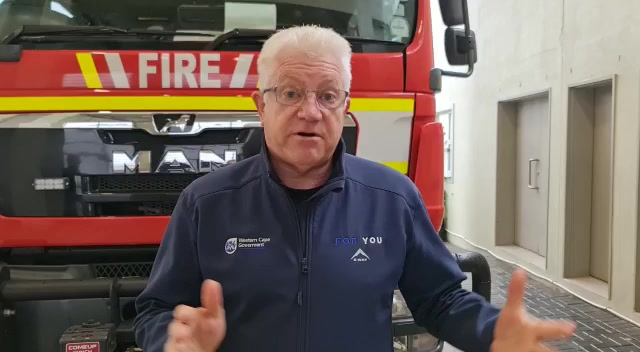 🚒 I'm at Sir Lowry's Pass Fire Station this morning with Mayor Geordin Hill-Lewis receiving a briefing on the response to the o... 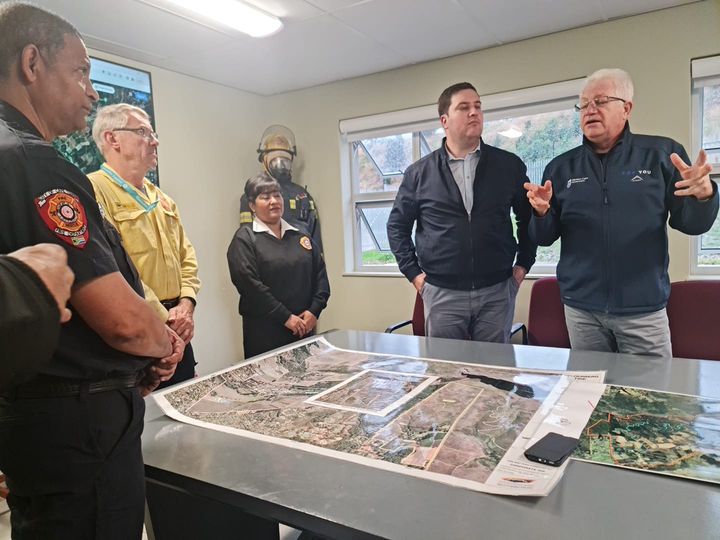 Simply incredible! DHL Stadium erupts as Warrick Gelant goes over for the try after the hooter. Manie Libbok nails the convers... 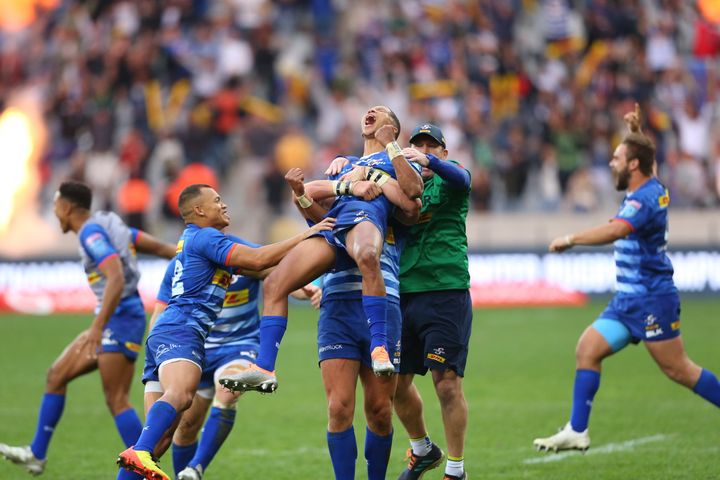 Shireen Essop has been found, and she is safe. The Klipfontein NHW played a role in helping to see her safe return, and we send ou... 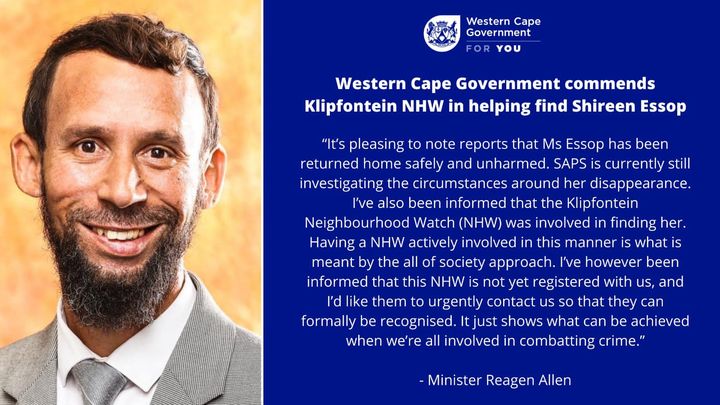 After months of anticipation, the newly upgraded and spacious Trauma and Medical Emergency Units at Red Cross War Memorial Chi...

🇿🇦 For the very first time in the Netball World Cup's history, it will be taking place on the African continent, and we in t... 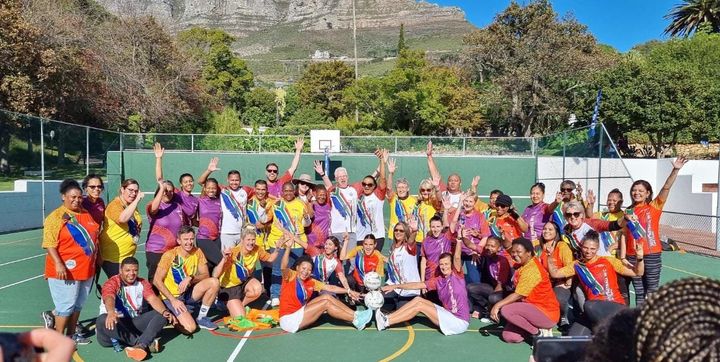 🚨 Statement by Minister Allen SO-CALLED ‘NATIONAL SHUTDOWN’ PROTEST SHOULD BE PEACEFUL A series of communications was cir... 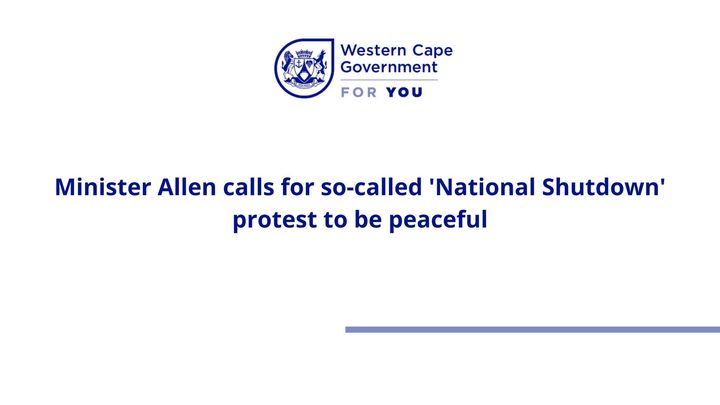 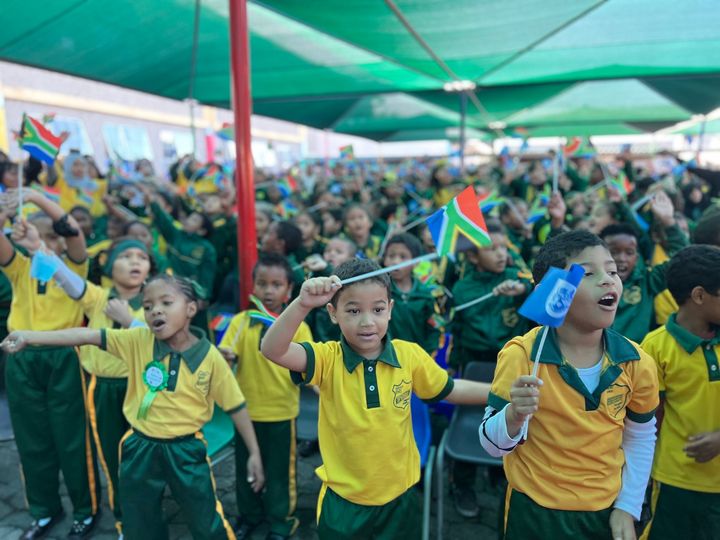 Minister David Maynier and I are celebrating with Pinelands North Primary, following the announcement that they have have ALSO bee... 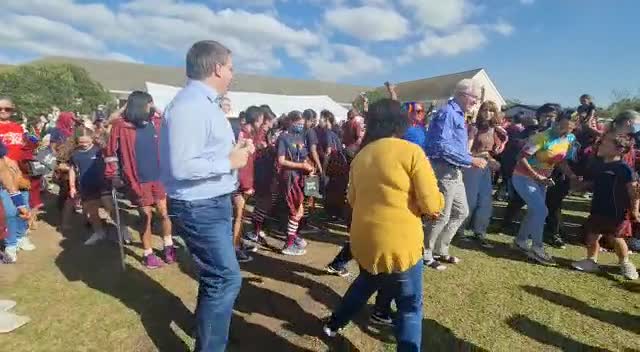 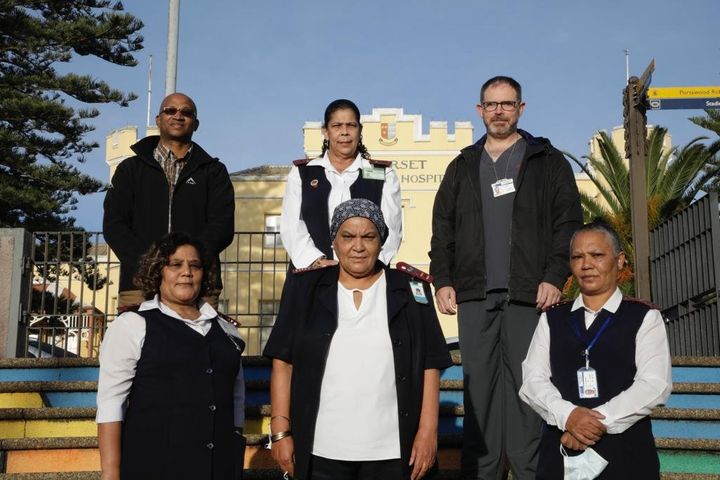