Police rescue a kidnapped Pakistanian national The Police in Mpumalanga through SAPS Nelspruit and C...

Police rescue a kidnapped Pakistanian national The Police in Mpumalanga through SAPS Nelspruit and C...

The Police received information regarding a kidnapping which was reported at Johannesburg Central Police Station involving a human trafficker based in Mpumalanga in Malelane and Valencia.


further indicated that two Pakistani nationals were trafficked to South Africa via Malawi to Mozambique.

Upon arrival in South Africa the trafficker held them hostage.

The family of one of the victims paid an undisclosed amount of money for his release.

The second victim's family was communicating with the kidnappers and reported the case to the SAPS in Johannesburg Central Police Station.

Information was followed up and the kidnapper was spotted near Valencia.

A high-speed chase ensued and the kidnapper escaped.

With the assistance of tracking company the kidnapper's vehicle was located in the basement parking of iLanga Mall.

The vehicle was seized by the Police.

The trafficker is still at large however his identity is known to the police as a businessman in the Schoemansdal area. 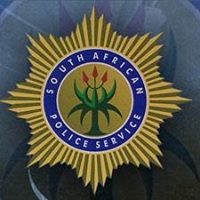