Ten people were left injured following a bakkie rollover on Karatara road between Sedgefield and Knysna this afternoon.

When ER24 paramedics arrived at the scene at approximately 16h30, they found a bakkie lying on its roof in the middle of the road.

A woman was found trapped underneath the bakkie, and Metro


Rescue as well as the fire department managed to extricate her using the jaws of life.

She was found to have sustained serious injuries.

Nine patients were also found to have sustained minor to moderate injuries.

ER24, as well as Metro EMS and another medical service, treated the patients at the scene before transporting them to hospital for further medical care.

The exact circumstances surrounding the incident is not known to our paramedics. 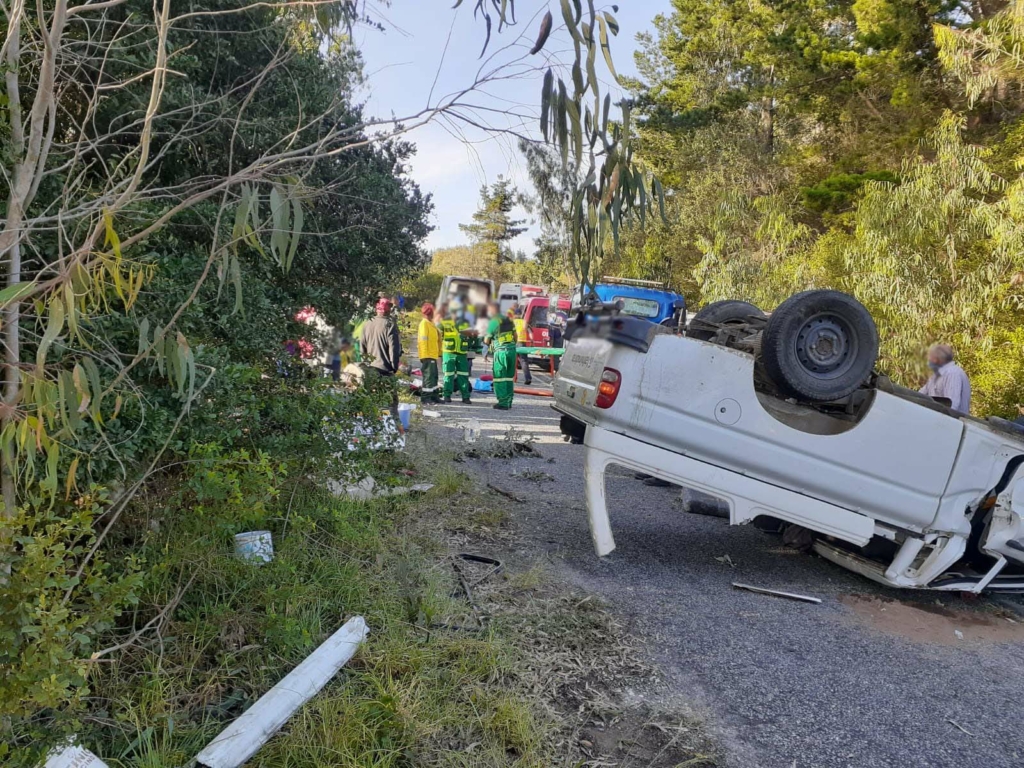