#GBV survivor sings praises for Hamanskraal FCS Detective for securing three life sentences and an additional 25 years for her perpetrator As the 16 Days of Activism for No Violence Against Women & Children Campaign commences, the South African Police Service (SAPS) deemed it fit to pay gratitude to detectives


in the Family Violence, Child Protection and Sexual Offences Investigations (FCS) as well as the detectives within the Serial and Electronic FCS Crime Investigations (SECI) whose efforts often go unnoticed for contributing to a much better and safer South Africa.

Today, we introduce the nation to 38-year-old Sergeant Abram Kgosana.

This specialized detective has 15 years' service having joined the organization in 2006.

Born and bred in Hamanskraal, the member is attached to the Temba Police Station FCS Unit.

On a daily basis, detectives in these specialized units are charged with the responsibility of putting perpetrators of crimes against women, children and vulnerable groups behind bars.

They work tirelessly in investigating, tracing and arresting sexual predators.

They are also instrumental in investigating Gender-Based-Violence (GBV) related

It was in 2013 while Sergeant Kgosana was working as a court orderly where he grew an interest in assisting GBV victims.

From 2013 to date he has successfully secured at least 16 life sentences and an additional 279 years in prison for seven serial rapist's that were terrorizing women, children and vulnerable groups in the areas of Temba, Soshanguve and Winterveld.

One of the GBV survivors that was assisted by Sergeant Kgosana, twenty-six-year-old who was raped in 2016 while walking home by convicted serial rapist Benjamin Bapela says she will forever be grateful to detectives such as Sergeant Kgosana for ensuring that justice prevails.

Bapela had been terrorizing women in the Temba area before his reign of terror came to an end after Sergeant Kgosana linked him to several rape cases.

Bapela was sentenced to three life sentences and an additional 25 years' imprisonment. 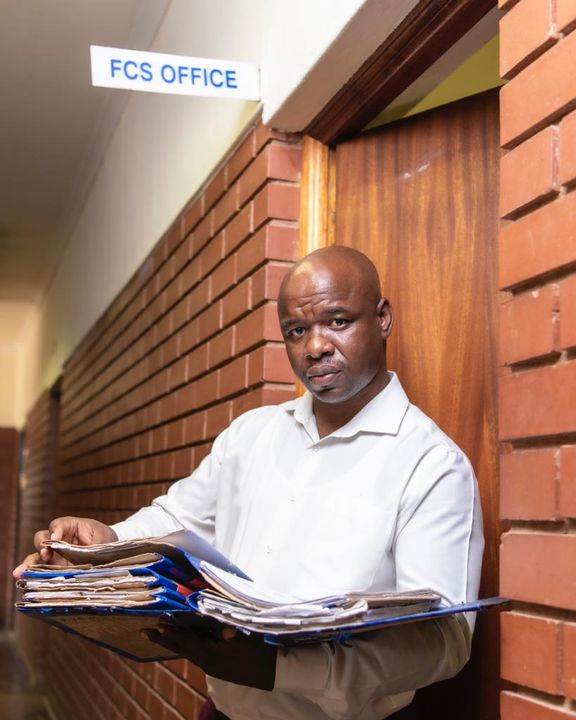