Three suspects arrested after hijacking a meat delivery truck WESTERN CAPE - The quick reaction of police resulted in the arrest of three suspects shortly after a truck was hijacked in Mbekweni.

On Wednesday, 24 November 2021, at about 14:20, a meat delivery truck was hijacked in Mbekweni, Paarl by three


unknown armed suspects who demanded money and cellphones from the workers.

The suspects used a crowbar to remove a safe with cash out the truck, where after they fled the scene in a white VW Polo.

The driver of the truck followed the suspects after the incident and saw police officers, who were patrolling the area, and alerted them by means of hand signals.

Whilst being pursued by the police, the suspects stopped their vehicle and fled on foot.

Two firearms which were used during the hijacking and the safe were seized.

Three suspects aged between 28 and 41 were arrested on charges of hijacking and possession of prohibited firearms, and are due to appear in the Paarl Magistrate's Court. 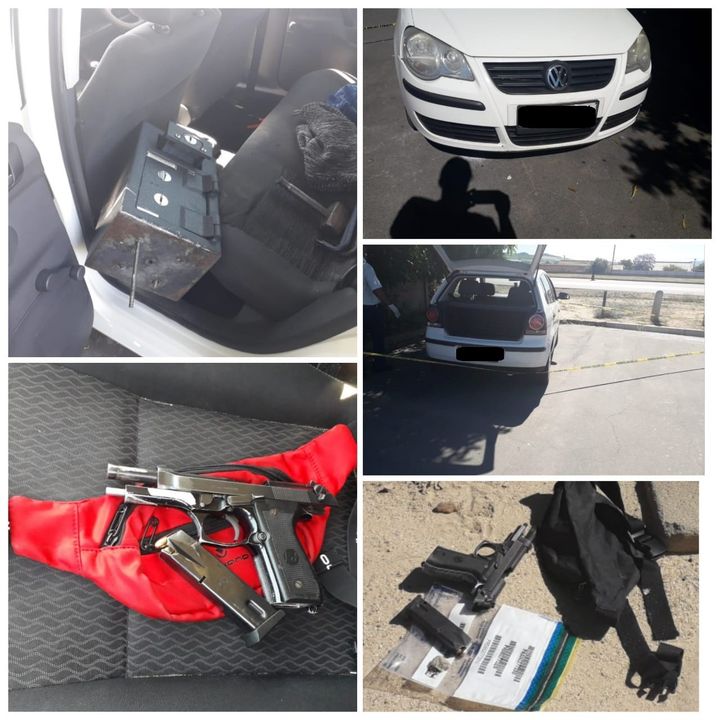