This morning, a woman and two men were injured when a light motor vehicle collided with a bakkie on the N2 between Mossel Bay and Albertinia in the Western Cape. ER24 and another service arrived at 13h33 to find two men lying inside the overturned bakkie while a woman was


seated inside her light motor vehicle. Medics assessed the patients and found that the woman was in a serious condition while the two men had sustained moderate injuries.

The patients were treated, and the woman provided pain-relief medication before being transported to a nearby hospital for further care. Local authorities were on the scene for further investigations. 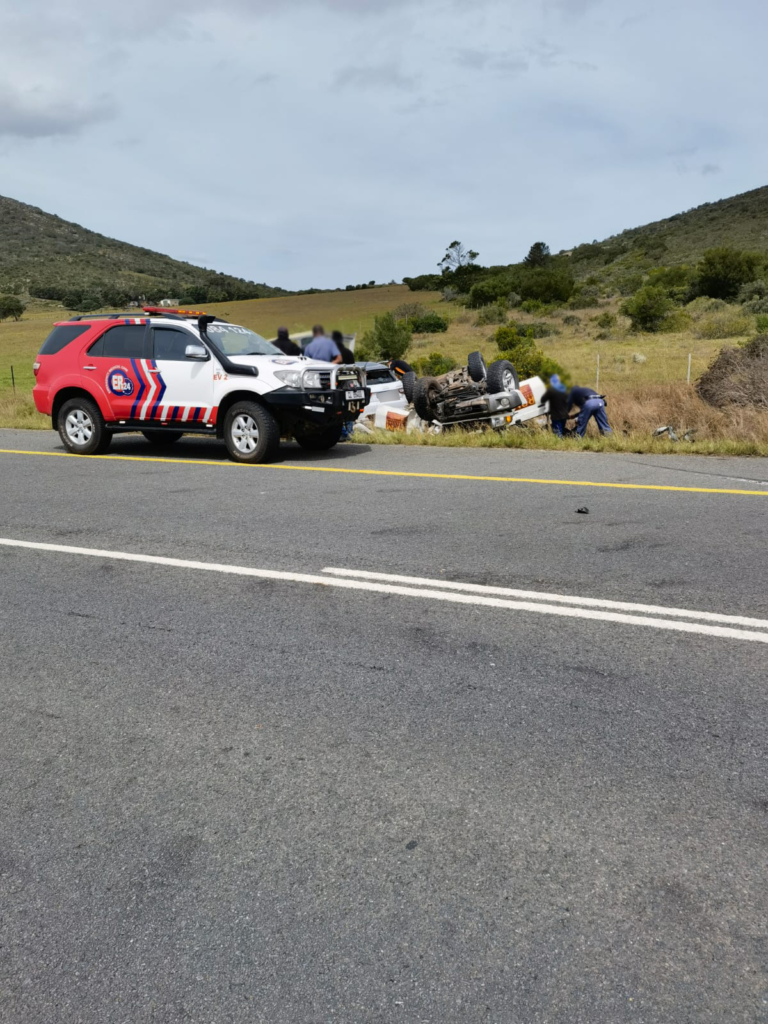