A mini-roadblock was established while other Police vehicles were roaming on the N6.


were spotted and were brought to a standstill about 3 kilometres outside of Smithfield.

The first vehicle, a White Toyota Fortuner with 5 occupants of which one ran away into the nearby bushes and the others were chased and caught.

Nothing illegal was found inside the Fortuner.

The second vehicle, a Bronze Toyota Hilux Bakkie, about 500 kilograms of copper wire cables with street value of about R149000 were found at the back of the vehicle and the driver could not account why he had so much copper.

He was then detained.

In a similar incident, this morning (2021/10/14) at about 07:30 Trompsburg Highway patrol saw a suspicious vehicle and decided to stop and search' it.

Upon searching the Silver Hyundai Tucson rolls of Copper

wire cables worth an estimated R60000 were found inside the vehicle.

The five occupants in the vehicle could not give a satisfactory answer where they got the copper.

A total of 9 suspects aged between 22 and 39 were arrested and will be charged for Possession of suspected stolen copper cables. 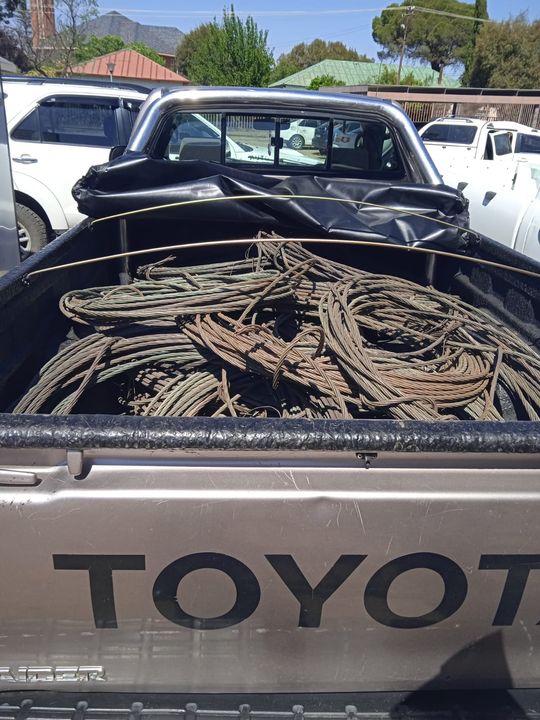