Country in Blue The South African Police Service (SAPS) will launch the Country in Blue operational concept under the theme "extending our reach through blue light visibility" on Saturday, 25 September 2021 in Inanda near Durban, Kwa-Zulu Natal.


driven by members of the SAPS with the emergency warning blue lights switched on in order to enhance and heighten police visibility from sunset to sunrise (18:00 to 06:00).

This concept aims to prevent and combat a host of crimes which include all 17 community reported crimes.

These include GBVF, aggravated robberies such as carjacking, business and residential robberies commonly known as trio crimes as well as tracing of wanted suspects and the proliferation of firearms.

The leadership of the Ministry of Police and the SAPS will lead the launch of this operational concept in Inanda.

Details of the event are as follows: 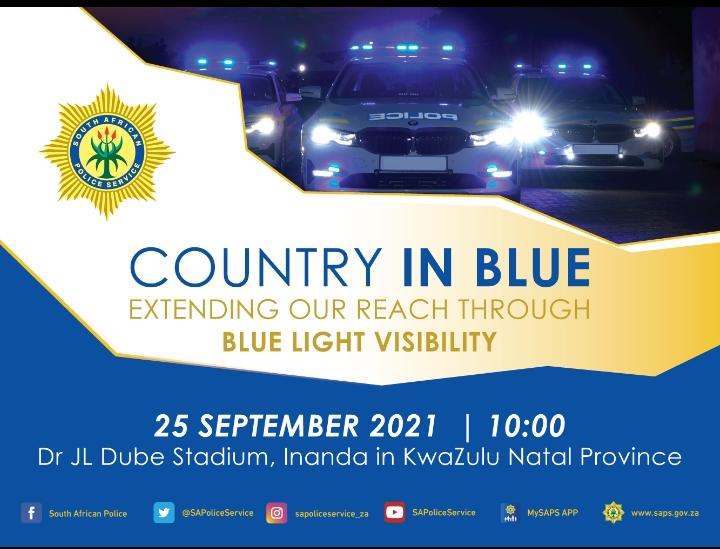