#CrimeStop On 22 September 2021, at about 00:40, a group of young men residing at Botjhabela Village near Phuthaditjhaba were allegedly attacked and shot by unknown suspects who were wearing masks, demanded cash, laptops and cellphones from them.

It is alleged that


police were summoned to a shooting incident at about 01:00 at Botjhabela Village.

Upon their arrival they found a group of students believed to be studying at University of Free State at Qwaqwa Branch.

The police found two male bodies on the scene with fatal gunshot wounds.

They were identified by their friends.

Two other males were already rushed to Mofumahadi Manapo Regional hospital where they are in critical condition.

Apparently, it's further alleged that the students were at their rental place when three balaclava-clad suspects accosted them, demanding cash, laptops and cellphones.

The exact number of stolen items are yet to be determined.

The names of the deceased and injured will be released once the next of kin has been informed.

A case docket of two

murders and two of attempted murders including house robbery are being investigated.

Any person with information that may lead to the successful arrests and convictions of the suspects can contact Phuthaditjhaba Detective Service, Colonel Morena Motloung at 082 479 3313 and Captain Boy Makubu on 082 332 3418 or Crime Stop 08600-10111 or submit information through My SAPS App.

The investigating officers in both cases request community assistance in tracing the suspects. 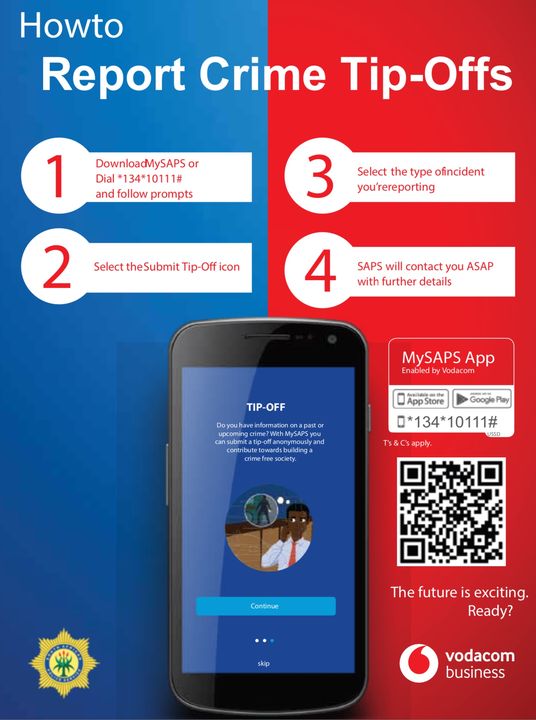