The official, aged 34, was rushed to the hospital for medical attention where

Prior to the official's injury, SAPS members attached to Heilbron Stock Theft and Endangered Species Unit and Tactical Response Team (TRT) conducted an observation watch, to follow-up information about suspects planning to poach rhino's in the Vredefort vicinity.

A motor vehicle fitting the description circulated, was spotted and stopped.

The two suspects aged 39 and 37 were arrested after being linked to the poaching conspiracy.

Meanwhile, members from the units were still in the veld in Presidentskop waiting for the poachers.

A shootout between the poachers and police ensued.

One TRT member was shot in the leg and rushed to hospital for medical attention.

However, the suspects managed to flee the scene leaving behind hunting rifle, 10 rounds of live ammunition, a silencer

These items were confiscated by the police.

The two suspects will be charged for a case of Rhino Poaching and are set to appear before the Vredefort Magistrates' Court on Thursday, 23 September 2021.

There is no one arrested for attempted murder at this stage. 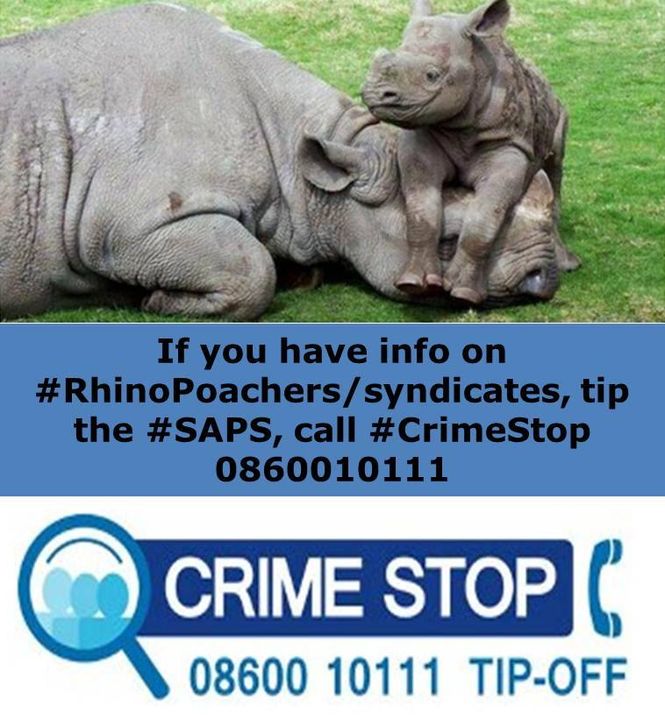