The men threatened the 36-year-old farmer and his 28-year-old wife with a firearm and assaulted him with pangas.

The suspects were all arrested this morning 02 August 2021 at 11am in Galeshewe, Kimberley.

The police also retrieved the 38 special revolver and a 9mm toy pistol that was buried under a bedroom floor at a house in Galeshewe.

The police also confiscated a cellphone and laptop that allegedly belong to the victims. 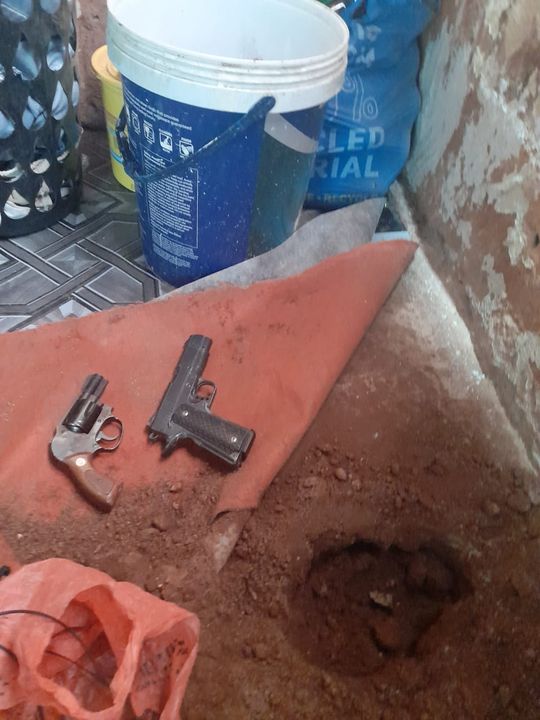