Four people sustained fatal injuries and three others were left injured following a two-vehicle collision on the N17 between Bethal and Ermelo this evening.

When ER24 Paramedics arrived at the scene at approximately 19h30, they found two vehicles that had sustained extensive damage and local authorities already at the

Upon further assessment, four people were found to have sustained fatal injuries.

Unfortunately, there was nothing that could be done for them and they were declared dead at the scene by paramedics.

Two patients were found to have sustained moderate injuries while another had sustained serious injuries.

ER24 and another medical service at the scene treated the patients before transporting them to hospital for further medical care.

The exact circumstances surrounding the incident were not known to our paramedics, but police were on the scene for further investigations. 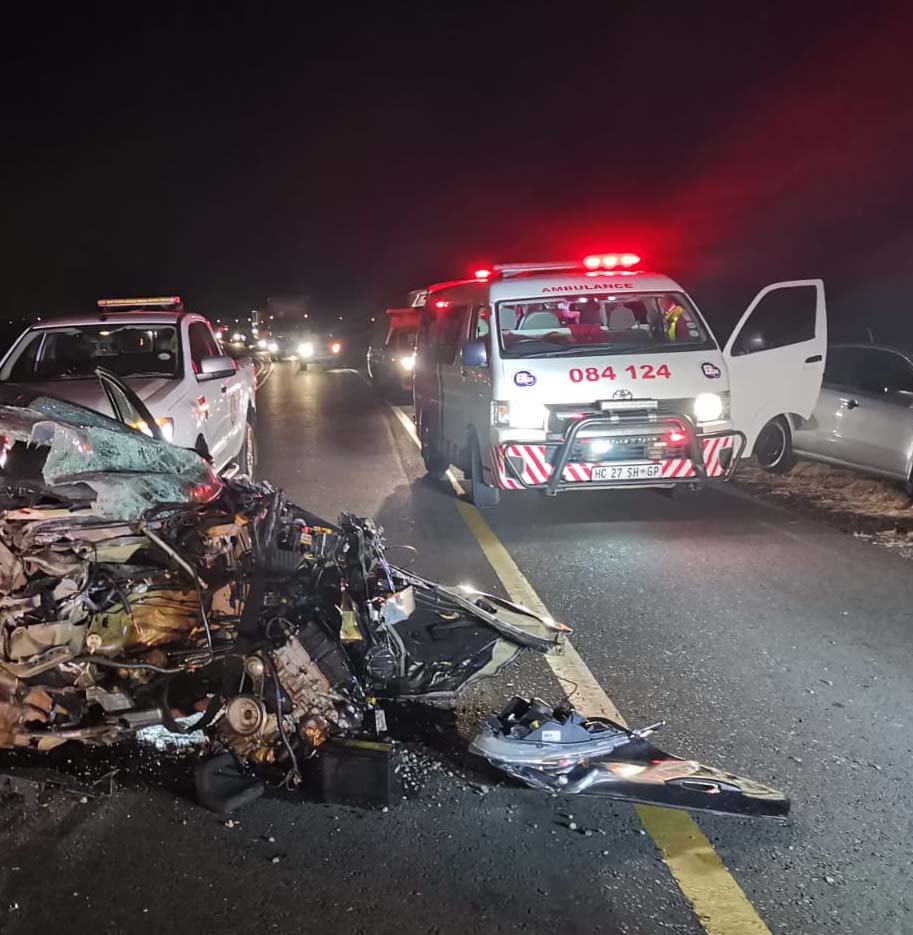