FOCHVILLE One killed, three injured in a vehicle rollover...

FOCHVILLE One killed, three injured in a vehicle rollover...

One person sustained fatal injuries while three others were left injured following a single-vehicle rollover on the N12 in Fochville this afternoon.

When ER24 Paramedics arrived at the scene shortly before 16h30, they found a vehicle off the roadway well alight in the veld.

The fire department was busy

Upon further assessment, three people were found lying in the veld.

They were found to have sustained moderate injuries.

One person was found inside of the vehicle but had unfortunately sustained fatal injuries and was declared dead at the scene by paramedics.

ER24 and the Provincial EMS treated the patients at the scene before transporting them to hospital for further medical care.

The exact circumstances surrounding the incident were not known to our paramedics. 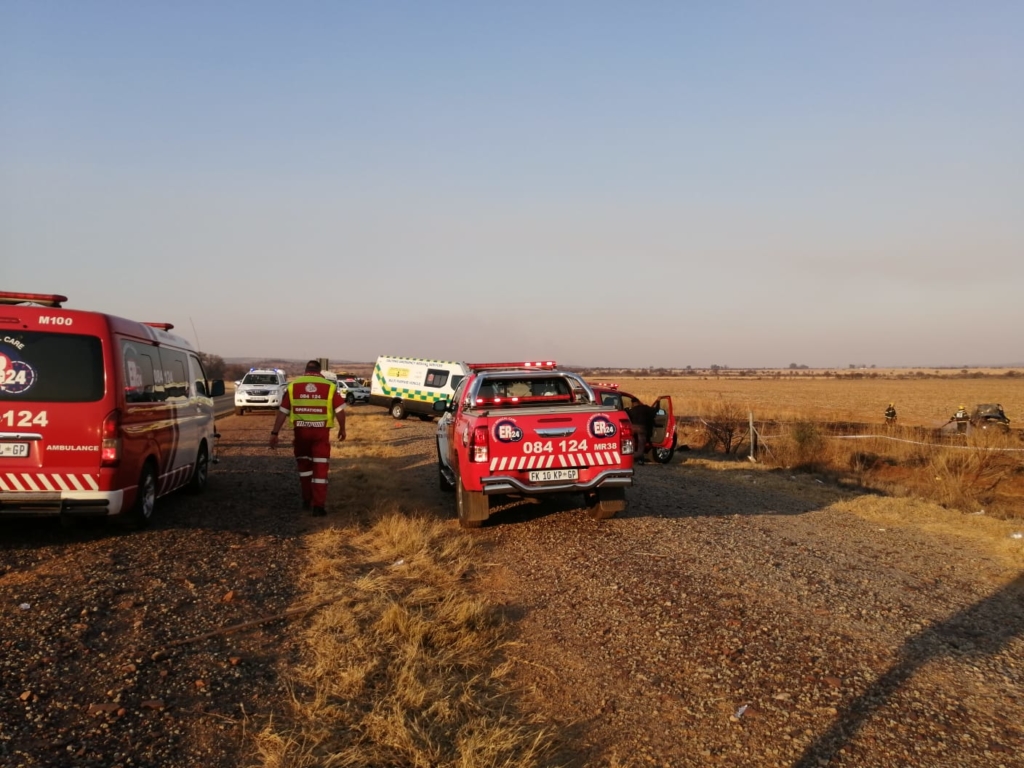