Three nabbed for cable theft EASTERN CAPE - Partnership policing led to the arrest of three men for damaging, or destroying the essential infrastructure, and recovery of copper cables worth over R 3 000-00 in Addo last night.

On Wednesday evening, 21 July 2021, Addo police in partnership with a private


security company were involved in an operation to combat theft of copper cables along the railway lines.

The use of technological monitoring equipment led to the arrest of three suspects and the recovery of two cable bundles worth R 3 500-00.

The three men aged between 18 and 28 will appear in the Kirkwood Magistrate's Court on Monday, 26 July 2021 for charges relating to the contravention of the Criminal Matters Amendment Act 18 of 2015. 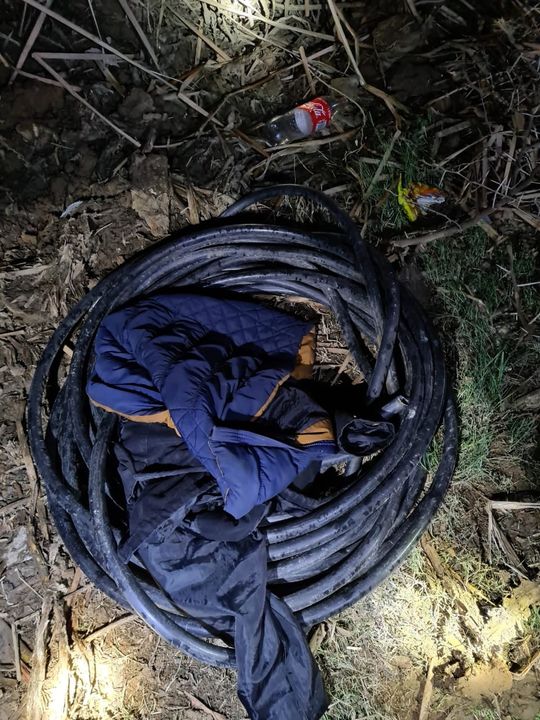