At approximately 17:00 this evening, Emer-G-Med paramedics responded to the scene of a single motor vehicle collision on the Athlone Bridge over the Umgeni River, in Durban North.

On arrival on scene a light motor vehicle was found resting on its side.


driver and only occupant sustained moderate injuries and was treated and stabilized on the scene by Emergency Care Practitioners, before being taken to a nearby hospital for further care.

The cause of the collision is unknown and will form the subject of a South African Police Services investigation. 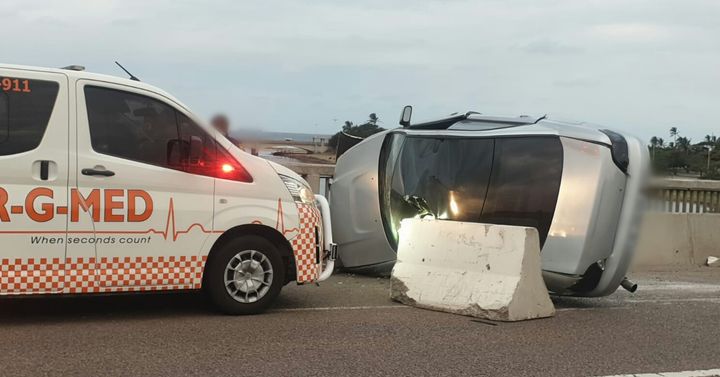