Investigating officer ensures that two accused get life imprisonment for murder #Sentencing NORTHERN CAPE - Investigating officer, Sergeant Galodikwe is lauded for this meticulous investigation which ensured justice is served and the perpetrators gets maximum sentence for the heinous crime they committed.


Gopolang Abel Maoka (32) and Moleko Johannes Maoka (33) to life imprisonment for the murder of a 64-year-old man who was a relative to the accused.

It was on 07 January 2017, when the accused took the victim to the veld in Seoding village near Pampierstad, bludgeoned him to death with a rock and robbed him of his two cell phones.

Sergeant Mogomotsi Cecil Galodikwe was assigned to the case and promptly started with investigation that led him to the two accused who tried to claim insurance money on the victim's name.

Further investigations led to the discovery of the victim's shoes which had drops of blood and DNA tests were conducted and positively linked the two to the crime.

arrested and remanded in custody for duration of the trial.

Both accused were found guilty on two counts and sentenced to life imprisonment for murder and 15 years for robbery. 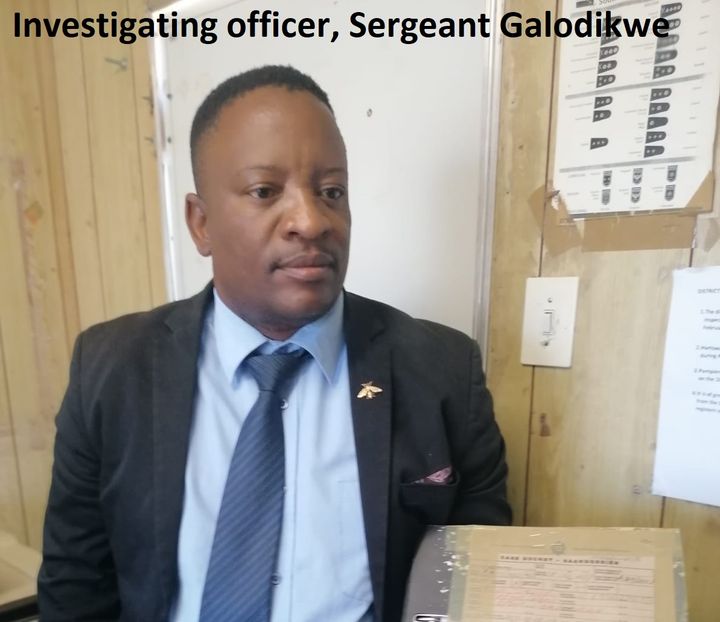