Three people were killed and approximately fourteen others injured this afternoon following a six-vehicle collision on the N1 in Lochvaal. At 15h40, ER24 Paramedics arrived on the scene and found several vehicles scattered across the three lanes.

Several people were seen walking around the scene. On closer inspection, medics


found an elderly couple and a man lying motionless inside the one vehicle.

Unfortunately, all three had already succumbed to their injuries.

Nothing could be done, and they were declared dead. Approximately fourteen other patients were tended to on the scene.

A mother was in critical condition while her two daughters, aged 11 and 14, had sustained minor injuries.

Eleven other patients had sustained minor to moderate injuries. Medics treated the patients and provided the mother with advanced life support interventions before being airlifted to a private hospital.

The remaining patients were transported by ambulance. It is believed that smoke from a nearby veld fire was a contributing factor to the cause of the collision. Local authorities were on

the scene for further investigations. 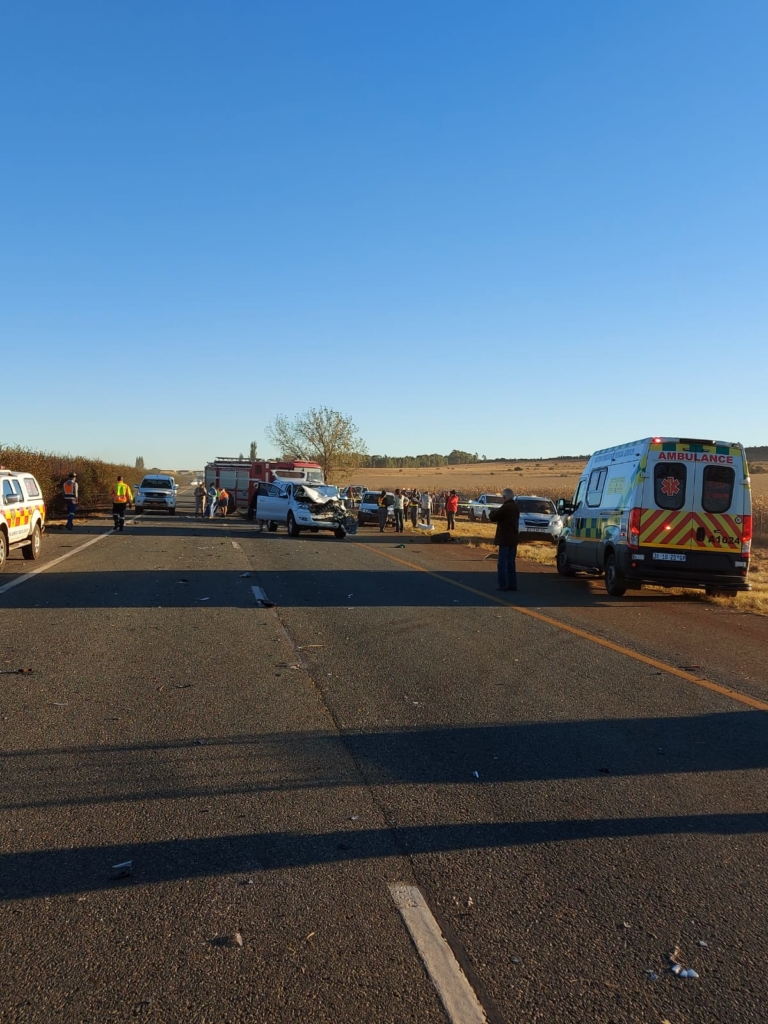