Sixteen people were left injured following a collision between a taxi and a truck on the N14 in Krugersdorp this afternoon.

When ER24 Paramedics arrived at the scene at approximately 16h30, they found GPG already in attendance.

Upon further assessment, multiple patients were found either laying down or


sitting at the scene.

ER24, as well as various other medical services, treated the patients at the scene before transporting them to the hospital for further medical care.

The exact circumstances surrounding the incident were not known to our paramedics, but local authorities were on the scene for further investigations. 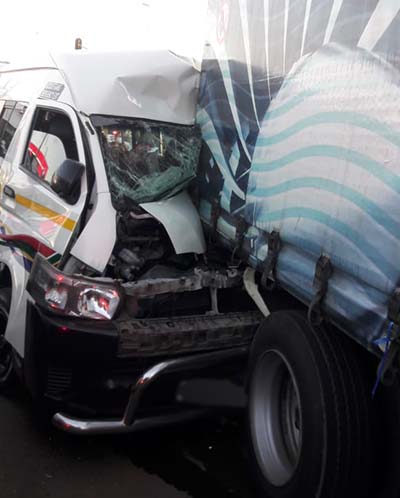