Mother killed over roof dispute KWAZULU-NATAL - Murder suspect Loyiso Ngcobo (28) appeared in Maphumulo Magistrate's Court on 26 April 2021, for killing his mother and was remanded in police custody until 5 May 2021, where he will be appearing in Nsuze Magistrate's Court for bail application.

This emanates from the


incident which occurred on 22 April 2021, at Nomhele area, Bhamshela, in Nsuze where Thokozile Ngcobo (62) was found dead in her bedroom with open wound on the head.

A case of murder was open as per Nsuze police station for investigation.

According to a preliminary investigation, it is alleged that on the morning of the day in question, the suspect was dismantling the roof of the house, with the intention to sell the corrugated iron, the mother did not approve of such deed, and an altercation ensued.

The mother went to her room and the accused followed her with an axe in hand.

He assaulted his mother with the axe on the back of her head and fled the scene.

to her injury on the scene.

The police worked around the clock and managed to trace the suspect in Appelsbosch area where he was hiding.

He was arrested and charged with murder. 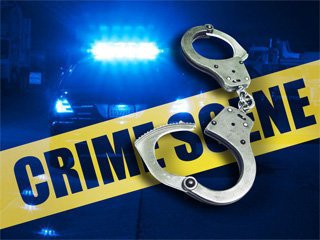