WANTED FOR RAPE AND ROBBERY: Media release below via South...

WANTED FOR RAPE AND ROBBERY: Media release below via South...

WANTED FOR RAPE AND ROBBERY:


17 and 21 were on their way to Eziphunzana location from East Bank in Vergenoeg when they met an African male unknown to them at Baartman Church robot.

The suspect drew a knife & demanded their cellphones & money.

He then pushed them to the nearby bushes where he raped both victims threatening to stab and kill them.

The suspect is tall with a moustache, dark in complexion, estimated to be in his 20s, slender, with an earing on the right ear & has a scar around the left cheek.

A case of rape is under investigation, anyone who can assist police in tracing the suspect or may recognise the suspect from the facial identikit compiled by the Facial Identification Unit is asked 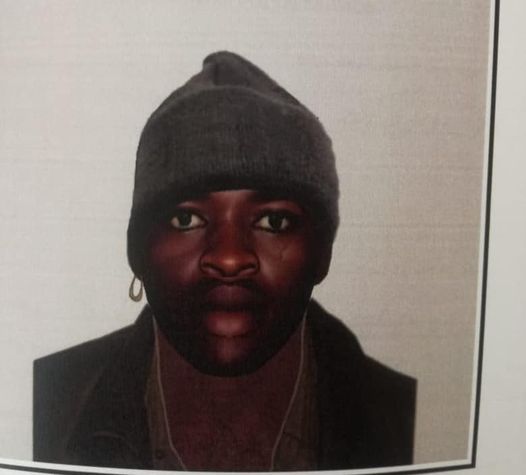