A robbery suspect was arrested by members of Reaction Unit South Africa (RUSA) in the Verulam CBD this afternoon (Sunday).

A female arrived at RUSA Headquarters requesting assistance after she was robbed of her cellphone, bank cards and cash while walking on Todd

The woman provided a detailed clothing description of one of the suspects and the direction in which he had fled.

The information was circulated to Reaction Officers at 16:49.

Officers patrolled the Verulam CBD and spotted a suspect matching the description hiding in a dense bush along the south bound lane of the R102.

The suspect fled on foot when he noticed approaching Reaction Officers.

A foot chase ensued which resulted in the man being apprehended.

The victim positively identified the suspect as the person who had robbed her.

During questioning he confirmed that he had committed the robbery however passed the stolen goods to an accomplice who fled through the Verulam Bus Rank.

The suspect is believed to be linked to several robberies that

have been committed in Central Verulam.

He was placed under arrest and is currently detained at the Verulam SAPS. 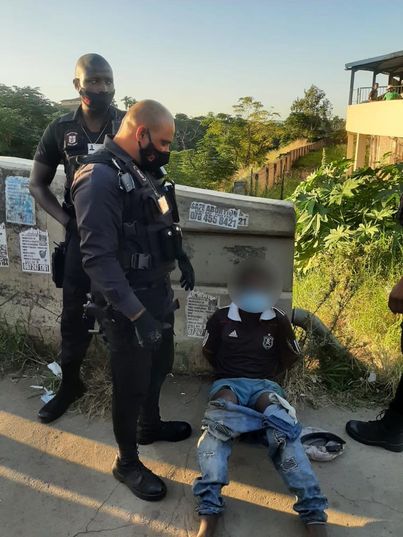