6 School Children who Hitch-Hiked from School were Killed when High-Speed Bakkie Crashed into House...

6 School Children who Hitch-Hiked from School were Killed when High-Speed Bakkie Crashed into House...

Limpopo: Six passengers, who were identified as learners who had hitch-hiked from school, were killed on impact when the a driver of a Toyota bakkie lost control and slammed into a house.

The crash happened on Friday, 16 April 2021 during the early afternoon on the D98 road.


to the Limpopo Department of Transport's Media Liaison Officer, Mike Maringa, the crash occurred at Ximixoni village at Malamulele in the Vhembe district.

"It is believed the a driver of a Toyota bakkie was driving at a high speed, lost control and hit a house, Maringa said.

"The deceased are five males and one female. Six other people including the driver of the bakkie were injured."

"Two passengers sustained serious injuries while three escaped with minor injuries. The driver of the bakkie was rushed to the local hospital in a critical condition."

The MEC of Transport and Community Safety, Mavhungu Lerule-Ramakhanya has send her condolences to the families of the six people killed

the province continues to lose people on the roads due to negligence and speed. 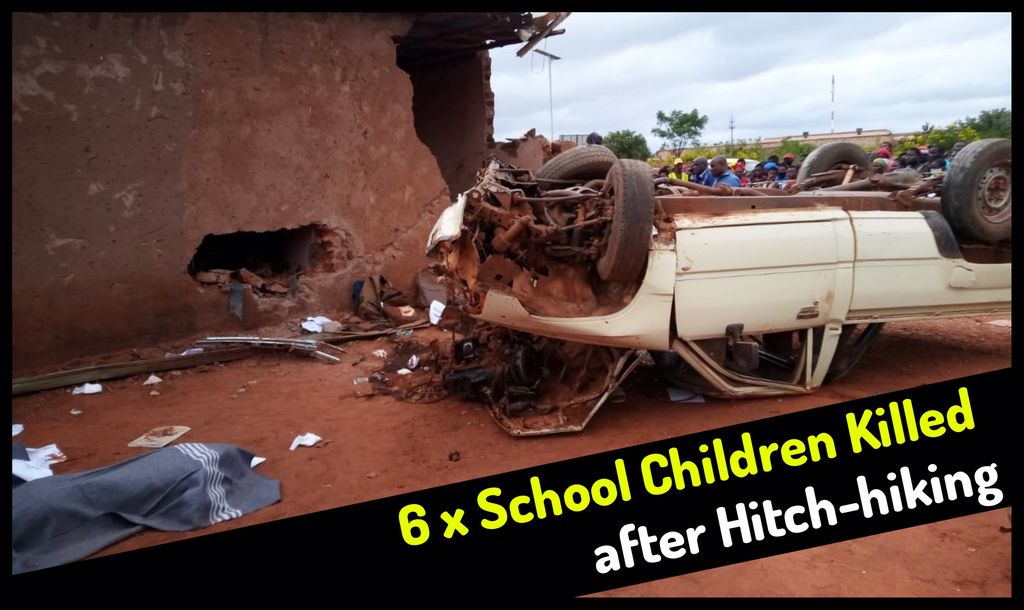