Suspects to appear in Mossel Bay Magistrate's Court for...

Suspects to appear in Mossel Bay Magistrate's Court for...

WESTERN CAPE - The eradication of drugs remains a high priority in the Western Cape as it contributes to the moral degeneration of our society.

We therefore continue with every effort, especially with our intelligence-driven approach and


the strategic deployment of members to tighten our grip on the illicit drug trade in our province.

This is evident with four su spects who had been charged with dealing in drugs (Mandrax) who is currently in detention in Mossel Bay SAPS holding cells follow their arrest in the early hours of Friday, 09 April 2021.

Members flagged down the vehicle to stop on the Kleinberg road, but the driver evaded the members and sped off.

members pursued the vehicle and managed to stop the vehicle with four occupants and upon searching the vehicle, found 670 full size, 40 half and 77 quarter Mandrax Tablets and more than R22 000.00 in cash, concealed in the vehicle.

The drugs that are believed to be destined for the local lucrative drug market, is estimate at approximately R70 000.00 (seventy thousand) in street value.

The drugs, money and the bakkie was confiscated and handed in as evidence.

A total of four suspects between the ages 20 and 60 are scheduled to make their first court appearance in the Mossel Bay Magistrates' court on Monday, 12 April 2021 on a charge of Dealing in Drugs. 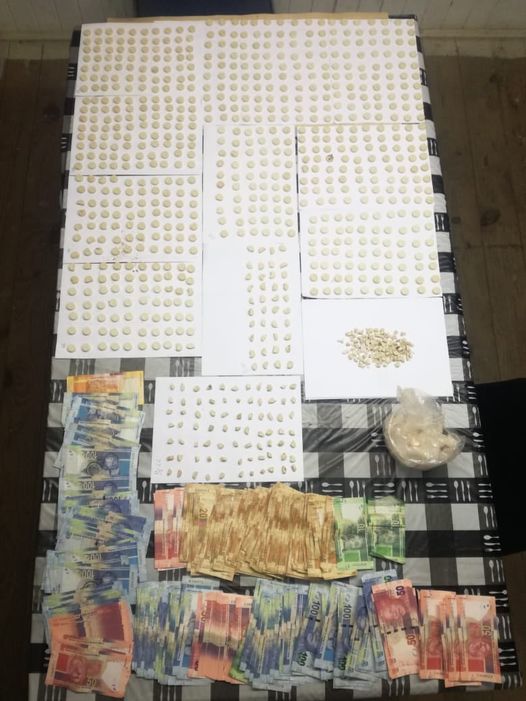