Gauteng: At 16H34 Wednesday afternoon Netcare 911 responded to a...

Gauteng: At 16H34 Wednesday afternoon Netcare 911 responded to a...

A shooting then ensued where an adult female receptionist had been shot, sadly sustaining fatal

A second adult female, believed to be an assistant in the Doctors rooms had sustained serious injuries after being shot and was treated on scene by advanced life support paramedics.

The doctor, an adult male had also been shot and was rushed through to hospital in a private vehicle.

The doctor was then airlifted by Netcare 911 helicopter ambulance to a specialist facility.

Circumstances leading up to the incident will be investigated by the relevant authorities.

Our condolences to the family of the deceased. 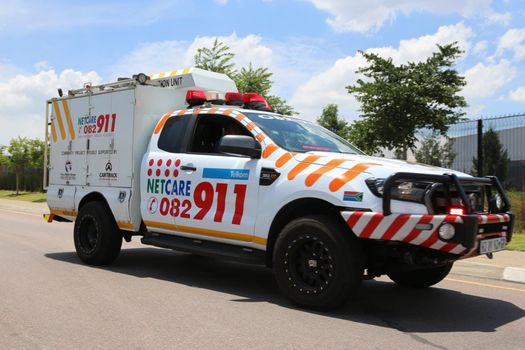