Three people have been killed and twelve have suffered minor to serious injuries in a truck rollover on the R41, Witpoortjie, Roodepoort, Sunday afternoon.

It is alleged that the truck had swerved to avoid a stationary taxi and rolled into a number of people on the side of the road.


paramedics were on-scene at 14h22 along with GPG and the City Of Joburg Fire.

All the patients are believed to have been adults.

Two of the patients are believed to be from the truck and the remainder unfortunate bystanders.

Two people were found trapped under the truck and a third just behind it on the ground – all three had suffered fatal injuries and were declared dead on arrival.

ER24 Paramedics treated and transported six patients – one who was in a serious condition and required Advanced Life Support interventions and another five who had suffered minor injuries.

All were transported to Laratong Hospital for further care.

and the other five were treated and transported by GPG.

Heavy rescue was called to move the truck and Metro Police were also on scene for further investigations. 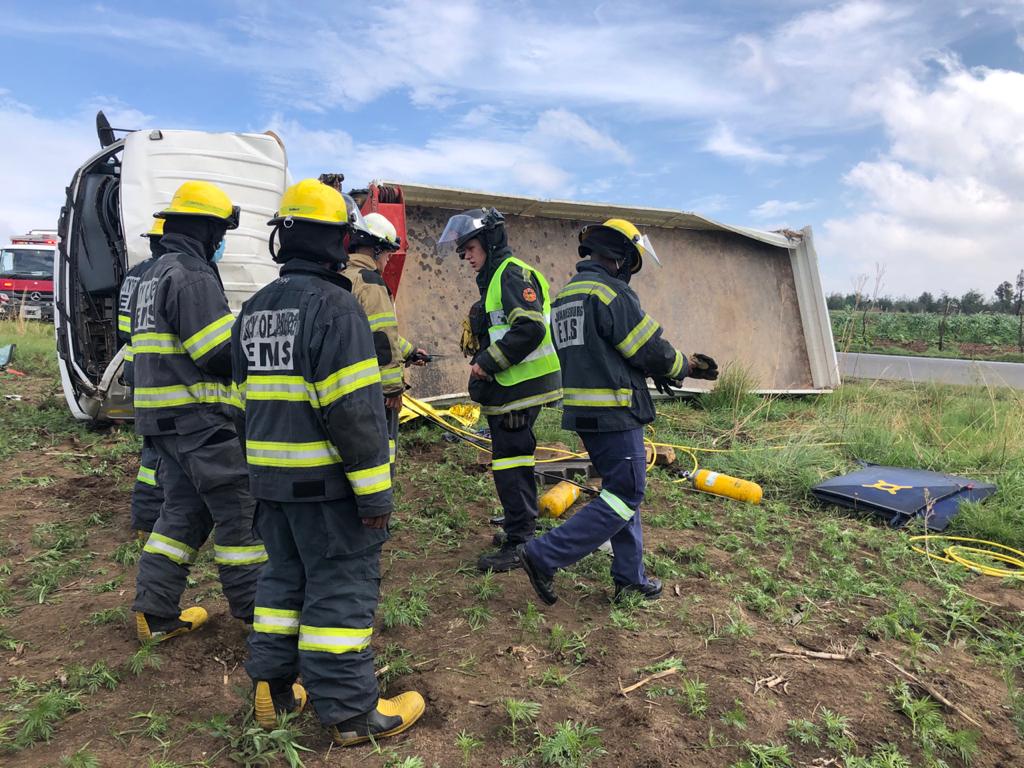